City of Washburn East Third Street Residential Historic District Now a Reality!
The City of Washburn East Third Street Historic District is now in the National and State Register of Historic Places. The residential neighborhood includes 32 structures that encompass a variety of architectural styles. More importantly, the district captures the unique personality of Washburn. The concentration of single-family homes and duplexes have remained intact since many were built between 1915 through 1920 by the DuPont Corporation to house employees. Known locally as “DuPont Row,” the historic district becomes one of 84 nationally recognized districts in the State of Wisconsin.

The mature neighborhood’s oldest architectural style is Queen Anne. But the mixture of styles, including American Carftsmen, Dutch Colonial Revival, American Foursquare, Bungalow, Prairie School and Colonial Revival, is what gives the new historic district its character. An impressive collection of Bungalow single-family houses and duplexes is the most dominant style of architecture within the district.

The process began in August of 2008, when the City of Washburn’s Historic Preservation Commission undertook a survey of historically and architecturally significant resources. This initial study identified 147 different structures within the City that had potential historic importance. A second, more intensive survey was completed in July of 2009. In addition to creating a comprehensive database of information about Washburn’s historic resources, the survey identified specific buildings that were potentially eligible for listing in the National Register of Historic Places in America. The East Third Street Historic District was one such location. A grant from the State Historical Society of Wisconsin funded the nomination of the district in October of 2012.

According to the National Trust for Historic Preservation, historic districts bring economic value to a city. Historic districts typically have higher home values and promote a sense of community. They also can attract stable businesses, promote tourism, and bring more tax dollars into a community as well, allowing for greater public investment in infrastructure and services. 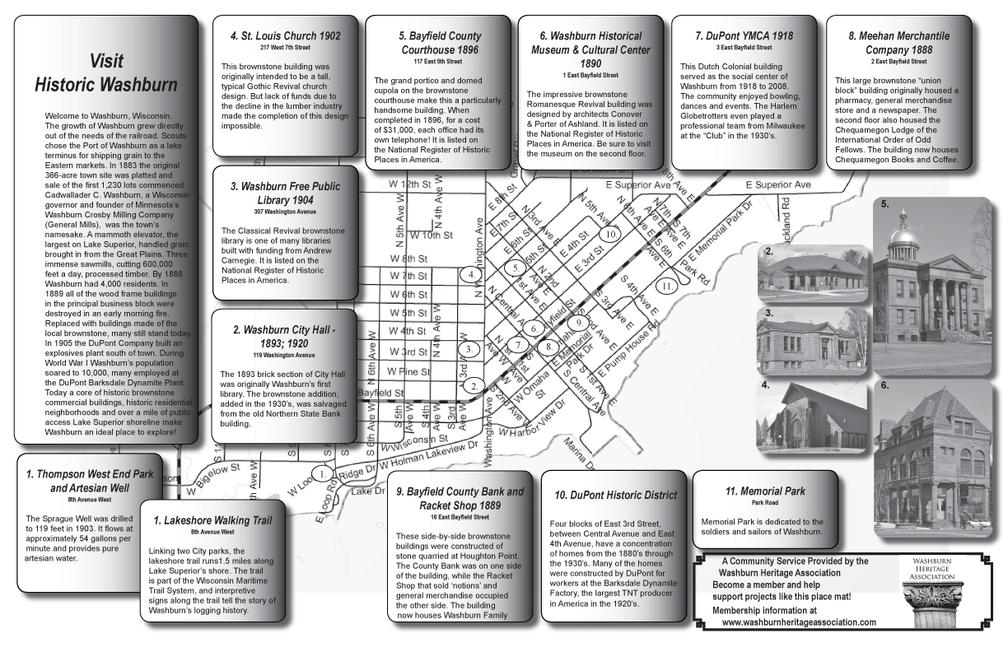