This is one example of a carved name with a 1913 date.

The first project the BHC focused on was saving the last remaining depot on the Bayfield Peninsula. This is the Houghton Depot.

From 2018 through 2019, many volunteers worked at getting it ready to be moved from private property to its final location at Bayview Park which happened on Feb 24, 2020 and placed on a permanent foundation.
Once  on its foundation, it will be completely restored and become a focal point for workshops and presentations.

The process of deconstruction and moving are shown in the photos.

The depot was prepared for its move from private property to Bayview Park by the Woodhull Movers. Red arrow shows where it was moved to.

It has been exciting to find the children of some of the people who carved their names in the depot. Wally Louko’s son looking at his father’s carving.

Houghton Depot arriving at its temporary site at Bayview Park until the final foundation is prepared.

Houghton Depot on its temporary foundation at Bayview Park.

All the boards that were removed have been stored in a local pole barn until needed for restoration that began in the summer of 2020.

One of the greatest discoveries was a board with Oct 1884 written on it. This helped us identify the possible date when the depot was constructed. Approximately 1884. 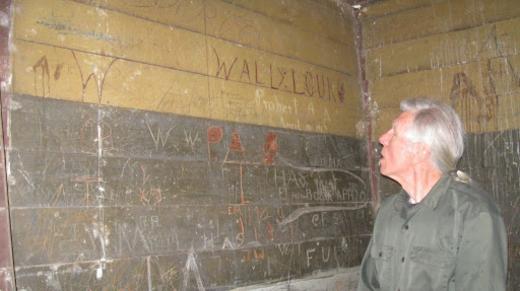 The inside of the depot. Behind the drywall that was removed, the BHC found many carved names (graffiti) with dates. This has helped the BHC to identify some of the folks who lived in the Town of Houghton at the time the depot was functional. 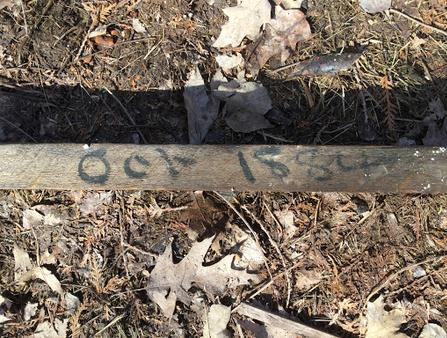 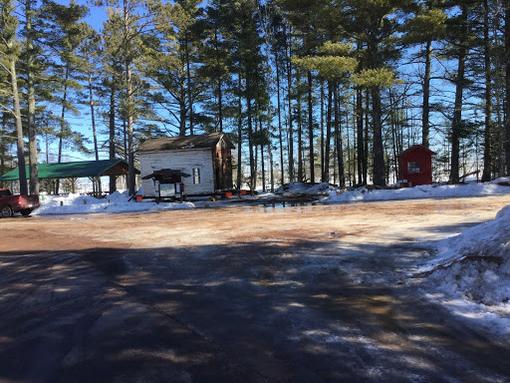 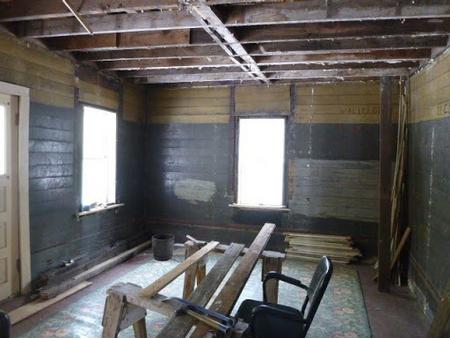 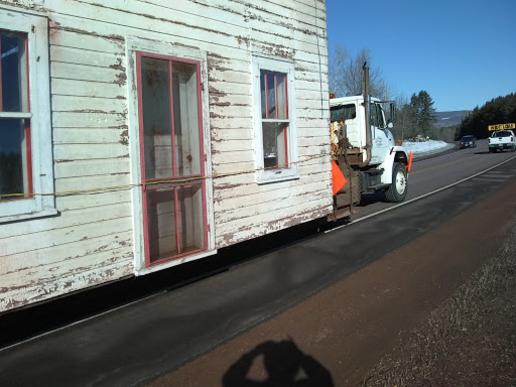 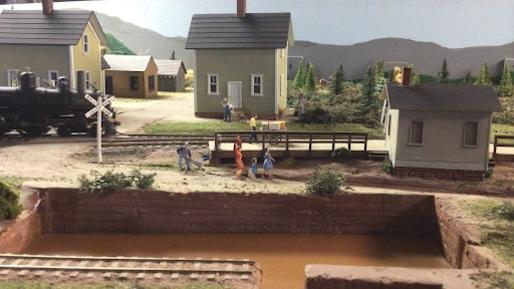 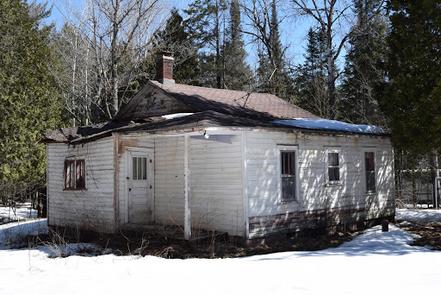 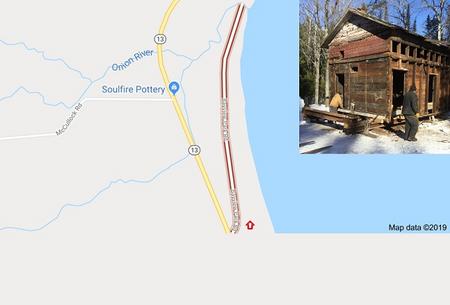 The depot as of February 24, 2020. All additions and interior materials that were not part of the original depot were removed. 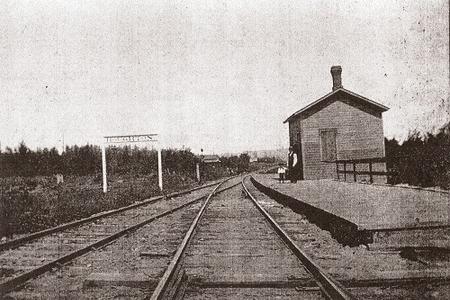 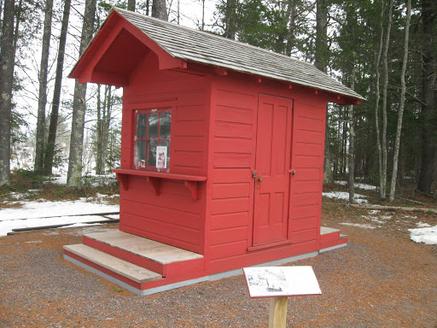 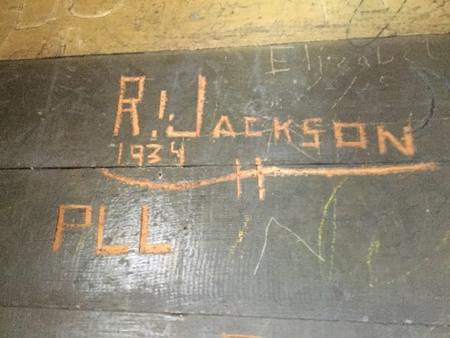 Adjacent to the Houghton Depot is the  Prentice Quarry Paymaster Office that was restored by Paul Johnson and Jan Miller. 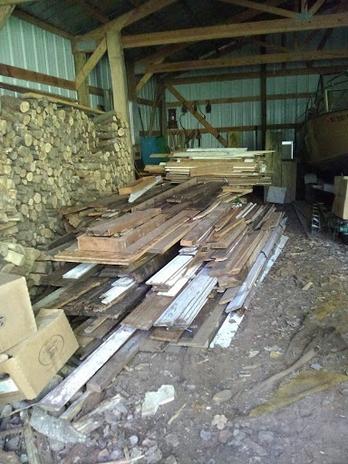 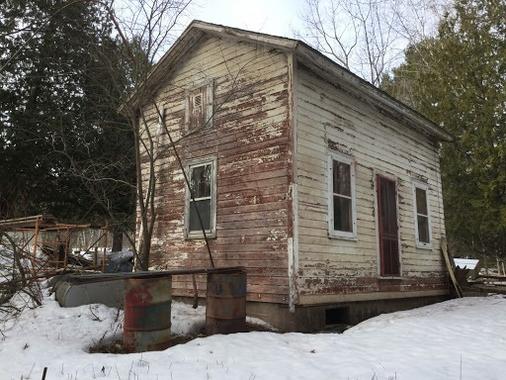 This railroad model built by Paul Johnson, shows the depot (small building on the right) as it existed in 1913.. ​

Houghton Depot was converted into a private home in 1934 and remained so until the private owner gifted it to the BHC and the Town of Bayview. The depot is the back part of the house. A kitchen was built on the left and two bedrooms were added to the right side. The depot became the living room. 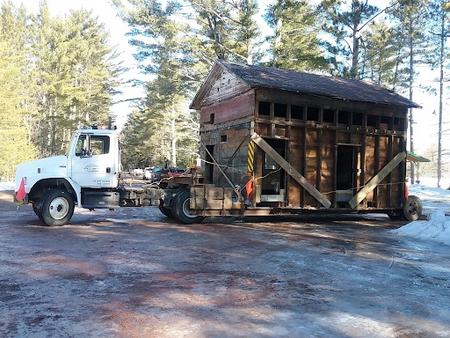 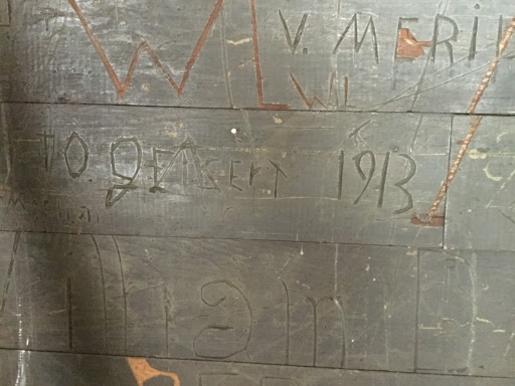